This week we return with a new boutique route for you to get to know about our Cinematographic Spain that we here at Boutique Hotels Spain are so proud of. In the previous post we spoke to you of the route of the classics of cinema, which took us to the south regions of Spain. Today we move to the central regions of Castilla La Mancha and Madrid.

We are really looking forward to talking about today’s route… Guess what or rather who it’s about? The most acclaimed and internationally recognised Spanish filmmaker and, his body of work, which projects a universe which has broken so many taboos that it has helped to revolutionise the vision that was held of Spain. We’re talking about Pedro Almodóvar. 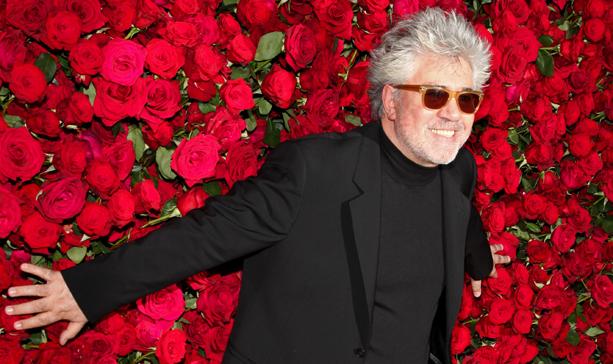 Join us on this Almodóvar route, to discover the places that have served as inspiration and locations for his films… His more than 40 years of filmmaking give us plenty to enjoy! So let’s get started!

We begin our journey in Castilla La Mancha, in Calzada de Calatrava, the region in which he was born and has indeed always informed his work. Here they have named a park after him in his honour, el Parque de Pedro Almodóvar. A must visit is the Rafael Serrano Cultural Centre, an old cinema where he used to go as a child and which today is the headquarters of the Cultural Association of Cinema “Pedro Almodóvar Caballero”. This centre houses the Almodóvar Area, a film museum showing posters, scripts, panels, graphics, tapes and different audiovisual materials donated by his production company “El Deseo”. Another place of interest is the Círculo Agrícola-Casino, an ancient 19th century salon where local residents follow the broadcast of the Oscars.

Our next stop on this trip is the cemetery of Granátula de Calatrava, where the initial scene of the film Volver was filmed. We continue through Almagro, the setting for several of his films, such as Volver and The Flower of My Secret. Here they used houses, squares and streets to bring to life the very down to earth, everyday scenes that marked the director’s childhood. Here in this beautiful city you will find our Boutique Hotel La Casa del Rector, run by Juan and his wife Maria Ángeles, both attentive hosts. An old noble’s house from the 17th century, restored in three parts, each with three very different concepts: rustic, contemporary and modern styles. You will be able to stay here for a welcome pause on your way along this mythomania route and, to enjoy the finest gastronomy from La Mancha. They have a marvellous Wellnes Spa to help you can relax and regain your strength for the remainder of the journey. Since we are in Almagro, we cannot miss out the famous Corral de las Comedias, the cradle of classical theatre. Cinema and theatre have always been closely linked, and this is one point where the performing arts converge. To finish the route of La Mancha, we move on to Puertollano, in whose Municipal Auditorium the world premiere of the film Volver was screened.

Recently named Adoptive Son of the city of Madrid, and it is no surprise given Almodóvar’s connection to it. Madrid is the city where he studied at the Escuela de Cine, and where he shot his first feature film Pepi, Luci, Bom. To discover Almodóvar’s Madrid, we recommend that you stay at our Boutique Hotel Abalú. Located in the heart of the city and a within a few meters of the famous Gran Via, this small hotel has a unique style, with spaces full of sensations and experiences. There are so many locations, hundreds, that there is no specific route… But let’s try to show you some of the most special places to visit. The area of El Rastro, with its an open-air market which appears in the film Labyrinth of Passion. Here you’ll find La Bobia, an important bar of La Movida de los 80, (the artistic and social movement of the 80s, in which Spanish youth threw off its shackles) come in and enjoy their Asturian tapas. La Corona de Espinas, the headquarters of the Spanish Historical Heritage Institute, was the setting for The Skin I Live In. A building that won over the director due to its organic and expressive forms.

The Lara Theatre, one of the most beautiful in the city and active since 1880. Chosen by Pedro for numerous scenes in Law of Desire. He used its curtain to end the film All About My Mother and to begin the film Talk to Her. The Cemetery de la Almudena, Gran Vía, Plaza Mayor or the Puerta de Alcalá are other of the most emblematic sites that recreate Almodóvar’s cinematographic postcards.

There are so many places to discover the essence of the filmmaker, that we recommend you read two very complete books. Todo Sobre mi Madrid, by Pedro Sánchez Castrejón, a guidebook that chronologically runs through the director’s feature films. Not only does he guide us through the locations but also tells us about the history of the buildings, on set anecdotes, etc. And Sacha Azcona’s El Madrid de Almodóvar, a pocket guide that shows the locations used in his films: such as cafés, bookstores, museums, theatres, buildings and charming hidden spots. It also exists in digital format, with links to Google Maps, which make it a very convenient and easy to use interactive guide. There you have our journey through the filmography of Pedro Almodóvar. Bye for now film lovers, shortly we will tell you about another film lover’s route, the last in our series. Stay tuned and keep an eye on our blog!